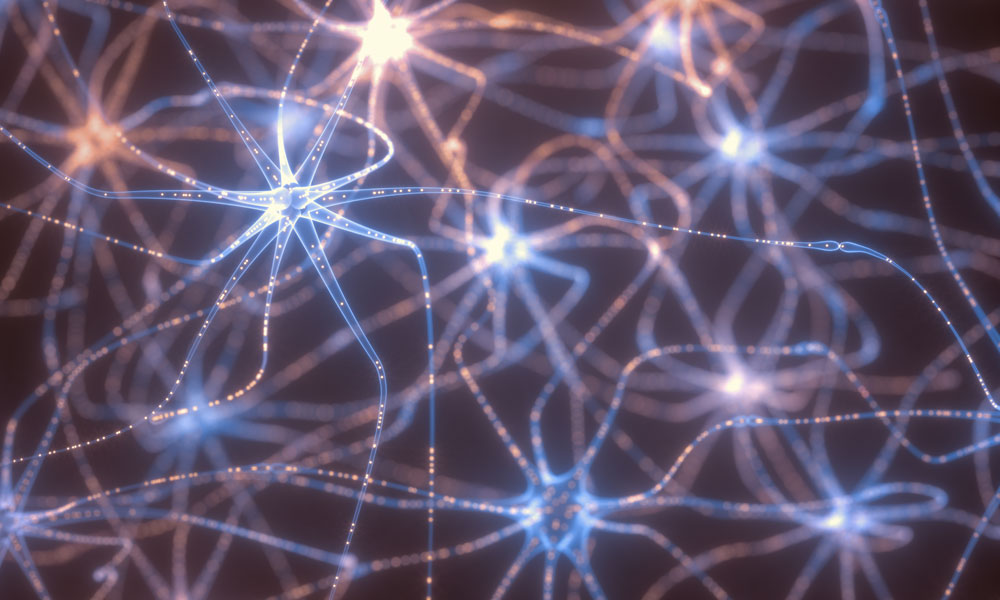 For whatever reason, when I was in my mid-teens, I developed panic disorder. It controlled my life and prevented me from “being normal”. All of my friends were going to baseball games, had girlfriends, had no issues being in really crowded public places and had zero issues driving. I quickly realized that I was different and at that developmental time, “different” meant bad. I so badly wanted to fit in, but I was constantly stoking the fight or flight part of my brain (the amygdala). I didn’t know why, but I hated it and just wanted it to stop.

Was it nature? Was it nurture? I obviously didn’t have a degree in psychology, so when it came to finding a solution for my panic disorder, I was throwing darts. Of course, the first dart was going to see a doctor and getting an anti-depressant. Don’t get me wrong, I have a ton of respect for the medical profession, but their lack of understanding panic disorder stems from the same problem that created my panic disorder. Lifestyle. The typical doctor spends about 23 minutes per patient, has about 2,300 patients and likely has a family and kids and has to eat and sleep too. Is this doctor really going to help me figure out why my brain thinks I’m running from a bear in the 23 minutes he spends with me? Nope. Not a chance. The anti-depressants made me feel like I was having an out of body experience and I quickly ditched it. I would rather have a panic attack than feel completely detached from reality, so I just did my best to deal with it and kept trucking on. Fake it ’till you make they say!

I was fresh out of high school, landed a great job working for MCI Worldcom, tried to maintain a social life while also going to community college. My diet was horrible, I was drinking Coke for breakfast and everything was fast paced and stressful from the time I woke up until the time I went to bed. Sadly, this is the typical day for the majority of people in this country. THAT lifestyle was causing my panic disorder and I didn’t realize it until I got laid off.

For the first time since I was 15, I found myself without a job. Naturally, things slowed down a bit. I was still hitting the job boards on a daily basis because I was (and still am) a go-getter. I needed to get back in the game because I had goals. Despite all the free time I had due to being unemployed, the panic attacks persisted. Was I destined to be like this forever?

One day I found myself at a party where I saw this guy playing an acoustic guitar. Everyone gravitated towards him. He had everyone singing along and of course, all the girls thought he was the coolest guy at the party. For whatever shallow reason, I wanted to be that guy. “Who’s gonna steal the show, you know, baby, it’s the guitar man”. I wanted to be as cool as the guitar man. A few days later, I drove to Guitar Center and bought a brand new Taylor Big Baby acoustic guitar. I told myself that I’m going to play this thing until my fingers bleed so that I can be that guy some day. And guess what? My world changed completely.

I played guitar for eight hours a day until I felt comfortable enough to play in front of my friends. I actually inspired one of my best friends to buy a guitar too. He saw how quickly I learned to play Tom Petty and Beatles songs and he wanted a part of it! Soon enough, I was playing at parties and guess what, I had the crowd around me. I did it! I was the guitar man. Success! 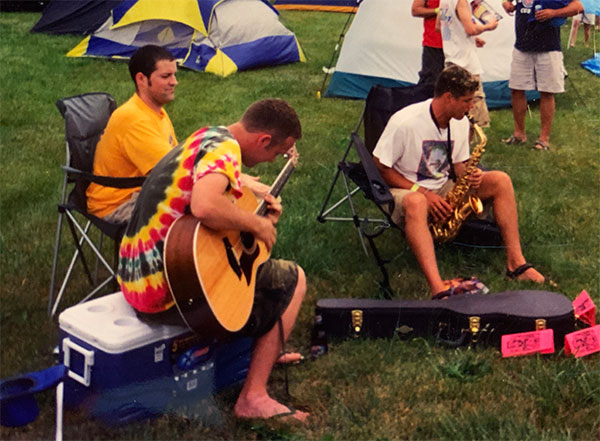 Ummm, wait a minute. What happened to my panic attacks? Turns out, playing guitar is much like meditation. Panic Disorder can be tough to get over because of the brain’s ability to hardwire itself (neuroplasticity). Every time you have a panic attack due to a specific situation or atmosphere, your brain strengthens those neural connections which furthers your anxiety. For those of you that have experienced Panic Disorder, you know that simply thinking about a panic attack can trigger a panic attack. Playing guitar (a.k.a. meditation) can rewire your brain. That’s exactly what happened to me. Playing guitar gave me my life back. Today, I have two beautiful Taylor guitars hanging up in my living room and I’ve not had a panic attack in almost 20 years.

Fast forward to Dreaming Tree. What’s the connection? Essentially, any sort of crafting has the same effect on the brain. When your mind is focused on the task at hand, those neural connections that cause your panic are put on the back burners and slowly (but surely), your brain begins to re-wire itself which results in dampening or giving those panic pathways less fuel.

Psychologist Mihaly Csikszentmihalyi did a TED Talk (link here) where he talked about creating and the “flow” state it creates in the mind. “When we are involved in (creativity), we feel that we are living more fully than during the rest of life, you know that what you need to do is possible to do, even though difficult, and sense of time disappears. You forget yourself. You feel part of something larger.”

Our nervous system can only process so much information at any given time. When you start crafting, everything else that’s going on around you becomes temporarily suspended. “He doesn’t have enough attention left over to monitor how his body feels, or his problems at home. He can’t feel if he’s hungry or tired. His body disappears.” he said.

Not only does crafting act as a meditation, but it can also help your body heal. I won’t get into all of the details but if you’d like to learn more about the benefits of crafting (achieving a state of flow), check out this article from CNN (link here) and this one from the University of Arkansas (link here).

So why did I spend the last two hours putting this together? I spend a lot of time in the Dreaming Tree group on Facebook and I’ve often wondered, do our Dreamers realize how much good they’re doing for themselves? Often times I see comments like; “it’s not perfect”, “I’m scared to try this”, “not sure I have time”, “this looks difficult” and things of that nature. Don’t worry about perfection, don’t be scared, find the time, be positive and confident! Most importantly, lose yourself in the process and enjoy it. It’s a great recipe for health and happiness. 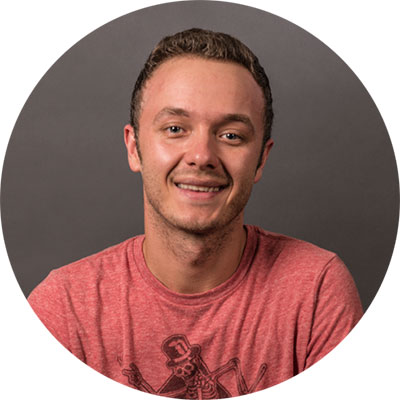 DREAMING TREE FOUNDER
Leave your comment
Comments
Michele
6/10/2021 11:10 AM
Hi Leo,
I came across your “Panic, guitars, meditation, paper crafts-The Benefits of Crafting” blog while looking through the new website, (which by the way is awesome). Your blog really hit home.

I have been out of work since March 2020 because of the Corona Virus. My depression and anxiety, which has always been hiding within me, showed its evil head with a vengeance.  I was slowly fading away. I realized that I had to do something. I went to my physician, I was put on medication and was suggested to see a counselor, which I did. The meds were working, and the counselor made me more anxious, so I didn’t go back.  I am not a person to just sit and do nothing.  I knew I had an issue and if I was going to feel better, I had to do something myself. Enter the Cricut Explorer 2!

I have always been a crafty person and I knew I had to keep my mine busy.  I researched many different websites and just by accident I came across Dreaming Tree and everything has changed.  I’ve gotten to the point where I would like to make a little money off what I make.  I have an accounting degree, so the financial knowledge is taken care of and with the Dreaming Tree team my crafting has no limits!

Thank you and your team for being here.  “Onward and upward”!

Michele Uhrich
Great Falls, MT
Julia
6/11/2021 8:38 AM
Leo, thank you for sharing your story.  I think most of us struggle with some challenge that we have to work to overcome. I have struggled with depression in the past and at times it immobilizes you.  When you are involved in creating something it frees your mind and keeps your hands busy. I have always loved crafting and find it to be so rewarding. I thought I was through with crafting due to the challenges of getting older. Bummer! Then I decided to buy a Cricut Maker!  Another challenge of learning to navigate my way through Design Space began. Finding Dreaming Tree and being able to make beautiful papercrafts for my home and for gifts is wonderful. Your  tutorials are so easy to follow and just hanging out with you is like crafting with a friend. I look forward to seeing what new creations are in my future.  Julia
Caroline
6/15/2021 3:14 PM
Loved reading this blog as I have been there too. Crafting is a great escape from all your worries and can transport you to another zone. You lose time, surroundings and yourself and this in itself can be the best medicine you need. Ive been a crafter for most of my life doing various different things and just love the Dreaming Tree website, and the Facebook page, where i can meet likeminded people and get the help if needed. Thank you to all at Dreaming Tree for everything you do and helping with keeping us all sane.
Caroline
(weenana)
Marion
7/16/2021 7:24 PM
I'm a stay at home mum, have been for 22 years, as a new mum I experience post natal depression and fear of going out and meeting people  because of it, I have crafted since my childhood usually needlework but as a new mum I found scrapbooking and card making.  This year I turn 55 and at Christmas my Family bought me a Cricut machine and love dreaming tree projects, they are as perfect as I can get them, and my depression is gone the fear of meeting people is still there, but this love of papercrafting has brought me into a small group who love to craft, it has helped me to connect with others without the fear over whelming me.  Thank you Leo for this post, a reminder of how we can find a calm moment in our day to look after ourselves and then look after those around us out of the strength of our creativeness.  God Bless.
Lydia
7/17/2021 9:06 AM
Thank you for sharing your world with us. Love you and Dreaming Tree for making us feel like "I MADE THIS"  a little more amazing.